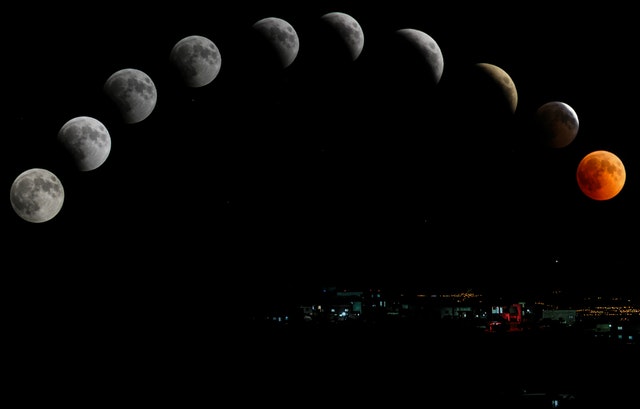 As previously stated in my last post, “Field Notes on Writing, Astrology & Escapism”,

I know that there’s no scientific merit or validity to astrology but also I could care less about trying to prove it.
I think learning creationism in place of science throughout elementary school sort of ruined that for me, lol. Instead of continuing on the metaphysical path that was set before me though, I went to the opposite end of the spectrum, exploring New Age ideas and philosophies.
Anyway, this brings me to a strange epiphany I had this morning, which is that most of my major role models, style icons and favorite celebrities share the exact same Sun and Venus sign combination — Capricorn Sun/Aquarius Venus.
As a little girl growing up in the 90’s, I was an unapologetic Sporty Spice fan. While most people wanted to be the alluring Ginger or sultry Baby Spice, I was running around my living room in noisy sweat pants and a sports bra.
Most of my favorite style icons — Janis Joplin, Sienna Miller, Kate Moss, Sissy Spacek, Marlene Dietrich, Sade Adu, the Duchess of Cambridge — also share this combination. But what I find even more interesting are the Cap-Sun/Aqua-Venus authors — J.R.R. Tolkien, Simone de Beauvoir, Carlos Castaneda, etc.
In astrology, you only get half of the picture when you analyze sign alone; you must also look at what house this planet is in.
My Venus is located in the 9th house, an indicator of writing and publishing. Go figure! Language, publishing, and writing are all ruled by this house. 9th House Venusians are also frequently attracted to/attract people from other cultures (*enter my Cuban boyfriend*) and also make great travel writers.
Being cosmically destined to become a writer and work in publishing is an appealing thought no doubt. But this led me to seek out some of the writings of like-signed people, and I have to say, I agree with everything I’ve read so far. At the very least, it’s an interesting exercise leading me to explore works I might not have otherwise. Simone de Beauvoir’s philosophical writing, in particular, is appealing to me.
Although I’ve studied her before in women’s and literature classes, the astrological context makes me see the work in an almost personal way now. Her radical feminism is something I definitely relate too. The below excerpt from ‘The Second Sex’ is the OG “of course you call them females”.
Whether or not you believe in astrology, there is something about the idea of hidden kinship with favorited authors that can change the way you view great works and the lens through which you see the world.
As writers, we naturally possess expansive imaginations. Most of us hope for the impossible to be real each and every day. I’ll refrain from encouraging you to believe in the metaphysical but know that it can be used in beneficial ways in terms of craft. Great writers can use anything as a tool of expansion. 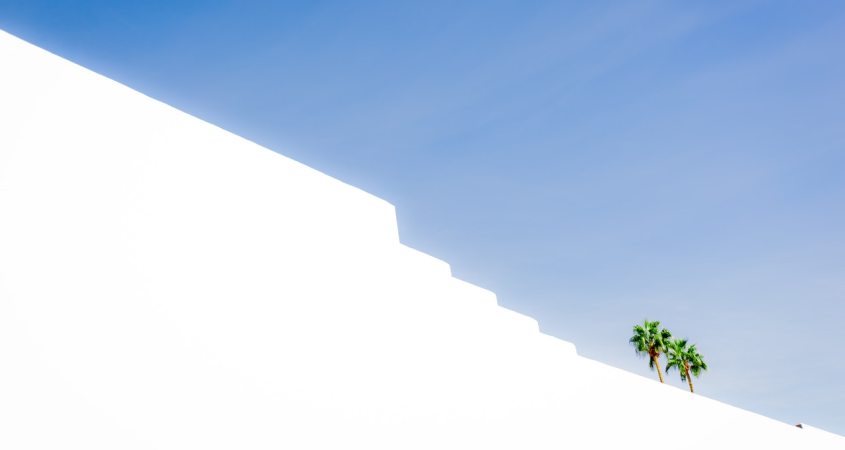 To read and write creatively is to live in a dreamstate, or so many would

have you believe. A sizable demographic perceive R&W as beneficial forms of entertainment but some of these people also believe that these pastimes hug a treacherous line between education and escapism in what can only be described as strangely reminiscent 90s gateway-drug propaganda.
The idea that R&W might impact anyone negatively is pretty laughable. Can you imagine the wave of television ads telling us to just say no to a rich inner life indoors? [1] Neither can I. I suppose the only merit to this idea is that virtually anything can be abused to escape the growing hellscape that is the year 2019. But as far as vices go, there are worse things one could fall into in my opinion.
Truthfully, I fell in love with both of these activities because I didn’t understand how to process trauma or how to vocalize what was happening around me a lot of the time. I felt voiceless throughout my early childhood and telling my story in my own words changed that feeling in a big way. Reading first-person perspectives from people in similar situations helped me navigate my world a little better and also made me realize I wasn’t alone.
While my daily reality felt hard to deal with at times, escape wasn’t the only reason behind throwing myself religiously into the arts. Like dreams, these activities allow us to work through our subconscious and process our emotions as well as our environments. [2]
In my family, it is particularly hard to get a word in edgewise or to process anything communally that could be perceived as negative, emotionally or otherwise. In other words, overall empathy and emotional support are both a bit lacking, although it has gotten much better as we’ve all matured. But it’s the sort of family dynamic that makes you pray for water-sign children in the not-too-distant future.

In recent years, I’ve found astrology to be a useful tool in psychoanalyzing these relationships and in fictional character development, not that I believe there is any scientific validity or merit to it, rather I find the simple, elemental assignment of various parts of one’s personality to serve as a helpful descriptive device.
For instance, my natal chart is mostly comprised of earth elements (Capricorn Sun/Mercury/Saturn/Uranus/Neptune) plus a very prominent fire Moon (Aries) and Mars (Sag), air venus (Aquarius) and rising (Gemini) signs, and pretty much zilch on the water sign front. The way I decipher this information is that I am well grounded and ambitious but am also prone to flashes of anger and impulsivity, am detached and independent in love, and have a very hard time being vulnerable with others.
My mother, who gets along with everyone she meets, is all water, while my Leo-Sun father has heavy fire/air placements, and my younger Aquarius-Sun sister has 5 planets in Capricorn as well as a fire Moon (Sag). [3]
When I realized all of this, everything finally made sense to me, at least with regard to the gapping dissonance between our various and individualistic communication styles. I never really understood as a child/adolescent why my father and sister were so abrasive or how they had the ability to let things roll off of them into the ether. It just wasn’t something I could relate to, and, although I wanted more than anything to be just like them, the lack of freedom to express myself only drove me further into being my own psychologist on the page.
This is all to say that it’s hard not to view yourself in limited and debilitating ways when you are an earth sign inundated in fire and air. In the end though, it made me much stronger, teaching me how to trust myself, my feelings, thoughts, and observations over that of others, and it led me to a flourishing inner life, even on the darkest days.
When we can’t make sense of our environments or resolve stressful situations, it often falls on us to make it work alone. This is often the case with kin. As they say, you can choose your friends but not your family. So it goes. Part of me wonders though if it isn’t all part of some larger life lesson relating to tolerance, selflessness, acceptance, and appreciation.

Escape the Bear and Fall to the Lion

Despite the risk of falling too deeply into a world of rich, riveting fantasy, there is also something wholly grounding about telling your story on your own terms and adapting to settings you have no familiarity with or settings that don’t exist at all. In this way, R&W feels very much like dreaming. However, I definitely feel my earthiness when I am alone writing through my thoughts and discomforts, looking for hidden meaning in the mundane.
I think the majority of writers also have a deep-seeded desire to preserve the most vulnerable parts of themselves and to keep them hidden and safe from the rest of the world. To me, writing is and has always been the struggle to turn your pain into art, to construct a place of existence out of sheer nothingness.

[1] *actively resists the urge to crest said ad on photoshop*

[2] One reason why I love poetry so much is that the subconscious is permitted to reveal itself in a less convoluted way in fragments and images without any need for context.

[3] FYI, your Moon sign is the second most important influence in your chart after the Sun and represents your emotions and inner mood. 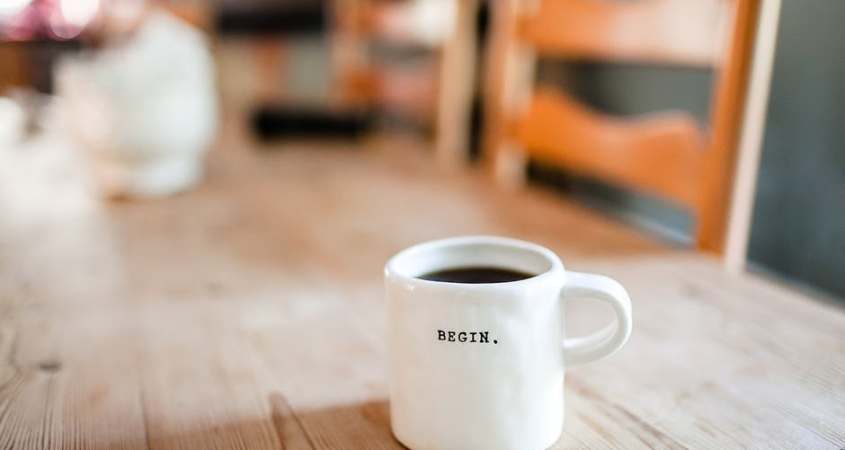 A blog about the art of writing.

Liz McGehee is a full-time editor/writer based in New Orleans, Louisiana. She holds an MFA from the University of Colorado Boulder, where she also taught creative writing. She is a former managing editor of Subito Press, a non-profit publisher of literary works based out of the Creative Writing Department at the University of Colorado at Boulder. She has also worked as the managing editor of five nationally syndicated magazines and has helped produce several literary journals. 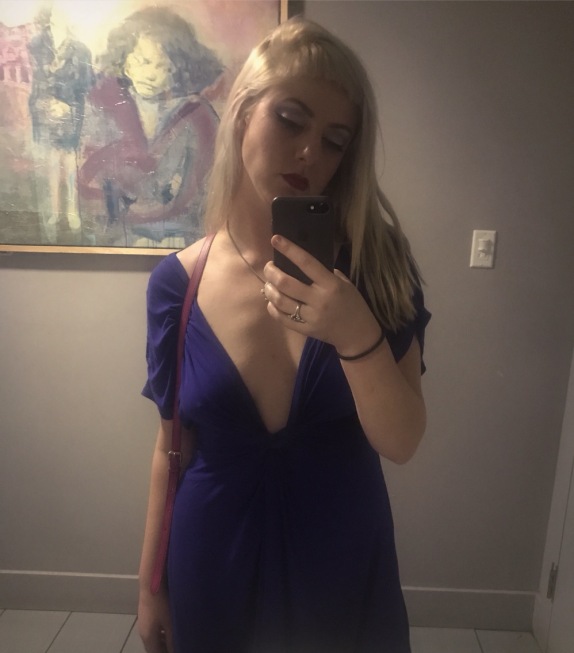 She has published over 50 articles, reviews, poems, stories, and was chosen as a finalist in several book contests. In 2015, Entropy Magazine interviewed her to learn more about her experience in small press and featured her in their article, “50 QUOTES FROM 50 PRESSES: THE SMALL PRESS DATABASE HITS 50 INTERVIEWS“.

Her blog contains tips on how to hone your craft along with personal anecdotes, cultural critiques, lists, reviews, publishing advice and more.