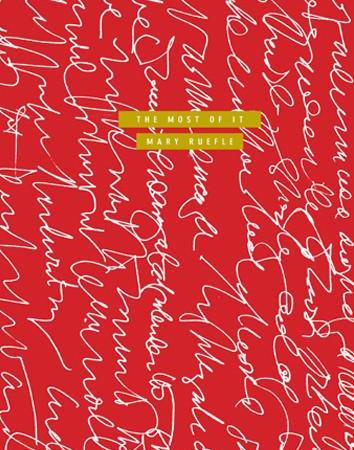 I remember how much my heart ached in the snowy mountains of Colorado that first year. I had never seen snow in person before, let alone touched it.

That morning after the MFA Halloween party felt fuzzy, almost like buzzing static or the high-pitched ringing after a bomb goes off.

I woke from a restless night of sleep next to my boyfriend, still dressed in a half-assed mermaid costume. One feathery eyelash had fallen off, but my scales, which had been sculpted from eyeshadow and fishnets, remained somewhat intact against my forehead. My hands roamed over my body and face, until reaching the top of my head. I was surprised to find the pink hairpiece faithfully secured there, albeit tangled beyond help.

A faint pink light matching the color of the newly formed nest on my head cast itself over every inch of the room. Sunrise.

There comes a point in the many stages after a party when one wakes much too early and is in too much physical pain to go back to sleep, and I had hit that point. I tried waking my boyfriend without luck, then decided to move around.

The first thing I noticed, after walking to the bedroom window, was a small streak of red-orange peeking over the mountains, fighting its way to me despite my desperate need for continued sleep and aspirin. The second thing I noticed was the endless, snow-covered landscape. Every ordinary object I had come to know was now unrecognizable, and I could not tell where the parking lot ended and the street began.

The night before had been chilly, sure, but no one, especially a southern girl like me, had expected to wake up to this. I’d waited almost three months to see my first snow, and it was otherworldly.

Starkwhite quiet blanketed the cars in the parking lot below. My Black SUV could’ve been mistaken for a white dune. The light seemed brighter than usual, as if amplified, reflecting off of the shimmering earth and into the air, causing me to squint, the way I did when looking at a pool of water. It was beautiful and completely foreign.

I practically squealed as I threw on a men’s jacket, running out of the door, down the stairs, and into pearly dawn.

Snow wasn’t something I minded in the beginning. Perhaps because it was new and exciting to me then. I hadn’t yet driven in it with my pathetic 2-wheel drive nor had a group of strangers pushed me out of a drift on campus, and I certainly hadn’t skidded to a jarring halt just barely avoiding a violent smack into the back of a stopped Subaru. Like everything else in this new world, snow was alluring until it wasn’t.

I must have looked downright insane twirling around the parking lot in my fish scale leggings and irretrievable pink hairpiece with one giant, vibrant eyelash flapping in the mountain wind, but I didn’t care. And I didn’t know the turbulence that would follow in coming months.

Not long after that morning, my then-boyfriend gifted me a copy of Mary Ruefle’s poetry collection, “The Most of It”. When I opened the book, I noticed an earmarked page; on it, was a poem entitled, “Snow” – a poem that now serves as a time capsule of that day.

There is something about this poem now that makes me feel completely enveloped by a time when everything felt damn near perfect, if only for one day. It reminds me of a world where I could be anyone or anything. A world where I was 24, in love, and finding joy in the ethereal unknown landscapes around me.

I am no longer the woman who once felt astonished in the presence of snow, but the beauty of poetry is that it can take you right back to a place you thought you’d left behind.

One thought on “Snow”